Does The Simpsons have a downfall? (Part 1)

Unless you live under a rock you know two things. 1) There’s a large mass of people that believe The Simpsons should have ended a long time ago. 2) I’ve been re-watching the entire series to find where this “downfall” begins.

I personally, have been a fan of the four fingered antics since as long as I can remember. The series started the same year I was born (not counting the Tracy Ullman skits), and the first book I remember reading by myself was an adaptation of the pilot episode where they rescue Santa’s Little Helper. The only movie that almost brought tears to my eyes, was The Simpsons Movie and I’m not afraid to admit it. I mean, any characters that you’ve admired for 17 years that comes to a depressing halt mid-way feature film, should expect a watery-eyed result.
Before I started collecting the series to revisit, I decided to go to the internet for answers. I replied to Facebook page comments such as “This show has sucked for too long now” or “You guys should spend less time on couch gags and more time on the episode’s content” with “When exactly did this show start sucking?”. I waited, and waited; refreshed, and refreshed. Not a single reply was to be had. Soon I started to believe it was just another trendy fad to hate on The Simpsons.
I do recall a couple years of being less interested in my second yellow-faced family, but could that have just been my teenage angst getting the best of my fall Sunday tradition?
As I’m revisiting the series (and I only just started season 13) I can clearly remember every single joke in every episode. I will admit there was 2 episodes mid-season 10 that I didn’t recall as much I thought I could; but after those two episodes I got through another 2 seasons reliving every feeling as if it I blocked out my entire childhood and lived Bart’s instead.
I’ve watched this show religiously all of my life. Even when I didn’t have cable, or a place to live; I found myself finding an antenna or a friend’s house every single Sunday night. I really don’t think I’ve missed anything. This leads me to believe that there never really was a downfall in the writing, dilemma, or even the format.
Now, if you saw my tweet admitting the downfall started with s12e14; I was wrong at the time. There was one bad episode “New Kids on the Blecch” where Bart joins a boy band that was auto-tuned and created to recruit more people into the Navy. For some reason I found myself saying out-loud (keep in mind I’m usually by myself) “This is terrible!” “This is where the beginning of the end starts!” as if I was some diehard Community fan when they replaced Dan Harmon (more on that later – because I am, and they did).

Needless to say, I felt just like Bart did when his first love started making out with a shirtless Jimbo on his couch. BUT luckily, that feeling came to a screeching halt in the next episode “Hungry, Hungry, Homer” where a food-loving simpleton faces his first hungry strike to keep his town’s beloved Isotopes. The laughter continued for the remaining 6 episodes of the season.
As I right this, I’m hoping that I’m not jinxing myself for the full experience while I continue to blow through my all time favorite cartoon. Maybe my memory is wrong, and maybe the show does start to trend downwards in the oncoming seasons (s13+). Either way, I’ve watched 270 out of 552 episodes and any show that can go that long with only one documented “questionable” episode, deserves all the credit.
Are you a fan? When do you think the downfall starts? Sound off in the comments! 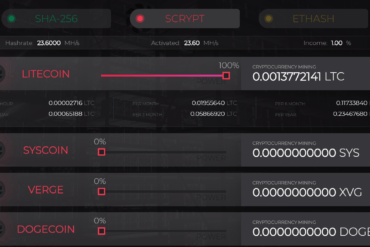